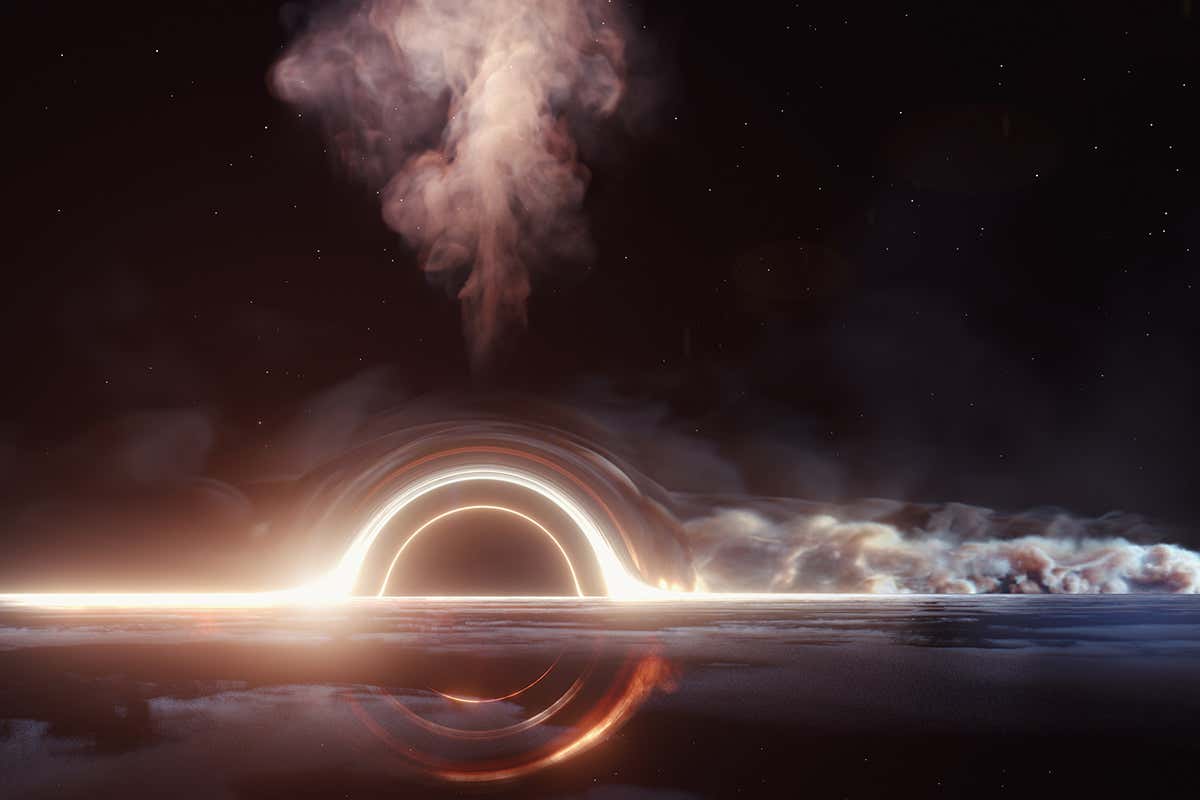 In a distant galaxy, a supermassive black hole ripped a star to bits, sending out an enormous blast of energy. For the first time, researchers have observed a neutrino that probably came from this type of cataclysm, which is called a tidal disruption event or TDE.

Neutrinos are tiny particles that rarely interact with other matter, making them extremely difficult to detect. On 1 October 2019, the IceCube Neutrino Observatory in Antarctica spotted a neutrino with relatively high energy that appeared to come from beyond our galaxy.

Meanwhile, Robert Stein at the German Electron Synchrotron (DESY) and his colleagues were using the Zwicky Transient Facility in California to watch a star that had got too close to a supermassive black hole. The extreme gravity from the black hole shredded the star, creating a TDE that lasted for months. The TDE and the IceCube neutrino came from the same location in the sky, indicating that the ripped-up star may have produced the neutrino.

“Theorists had proposed that some neutrinos might come from TDEs and what we have here is the first observational evidence to support that claim,” says Stein. To produce a high-energy neutrino, a particle – generally a proton – must be accelerated to an extraordinarily high speed and then collide with another proton or a photon, which causes it to smash apart into smaller particles including neutrinos. There are few events in the universe that produce the acceleration needed to generate high-energy neutrinos. Now it appears that TDEs can do so.

However, we don’t know the exact mechanism of this particle acceleration. It is a mystery that is made even more confusing by the fact that the neutrino was detected 154 days after the peak of the TDE’s activity.

After the star in a TDE is ripped apart, its matter spreads into a disc around the black hole. Winter and Lunardini suggest that some of this matter could be funnelled by powerful magnetic fields into a jet, which would accelerate the particles to high speeds.

“We have this sort of conic jet that spits out blobs of matter,” says Lunardini. “The protons are accelerated in the collisions of these blobs.” But to create a neutrino, those fast-moving photons have to crash into something. The researchers suggest that the delay may be caused by the need to wait for enough photons to build up around the black hole – in a sort of cloud of light – to boost the chances of a proton-photon collision.

X-ray observations showed that while this TDE emitted more X-rays than most of the others we have spotted, they faded rapidly at around the same time the neutrino was produced. Winter and Lunardini suggest this could be due to the photon cloud obscuring the X-rays while also giving the protons in the jet something to smash into to generate neutrinos.

“If this is real, then we know that TDEs are an important source of neutrinos, so that alone is a new thing,” says Lunardini. “It suggests that TDEs that are particularly bright in X-rays should be of special interest and we should maybe investigate them more.”

Sign up to our free Launchpad newsletter for a voyage across the galaxy and beyond, every Friday