The top Tech Xplore articles of 2020 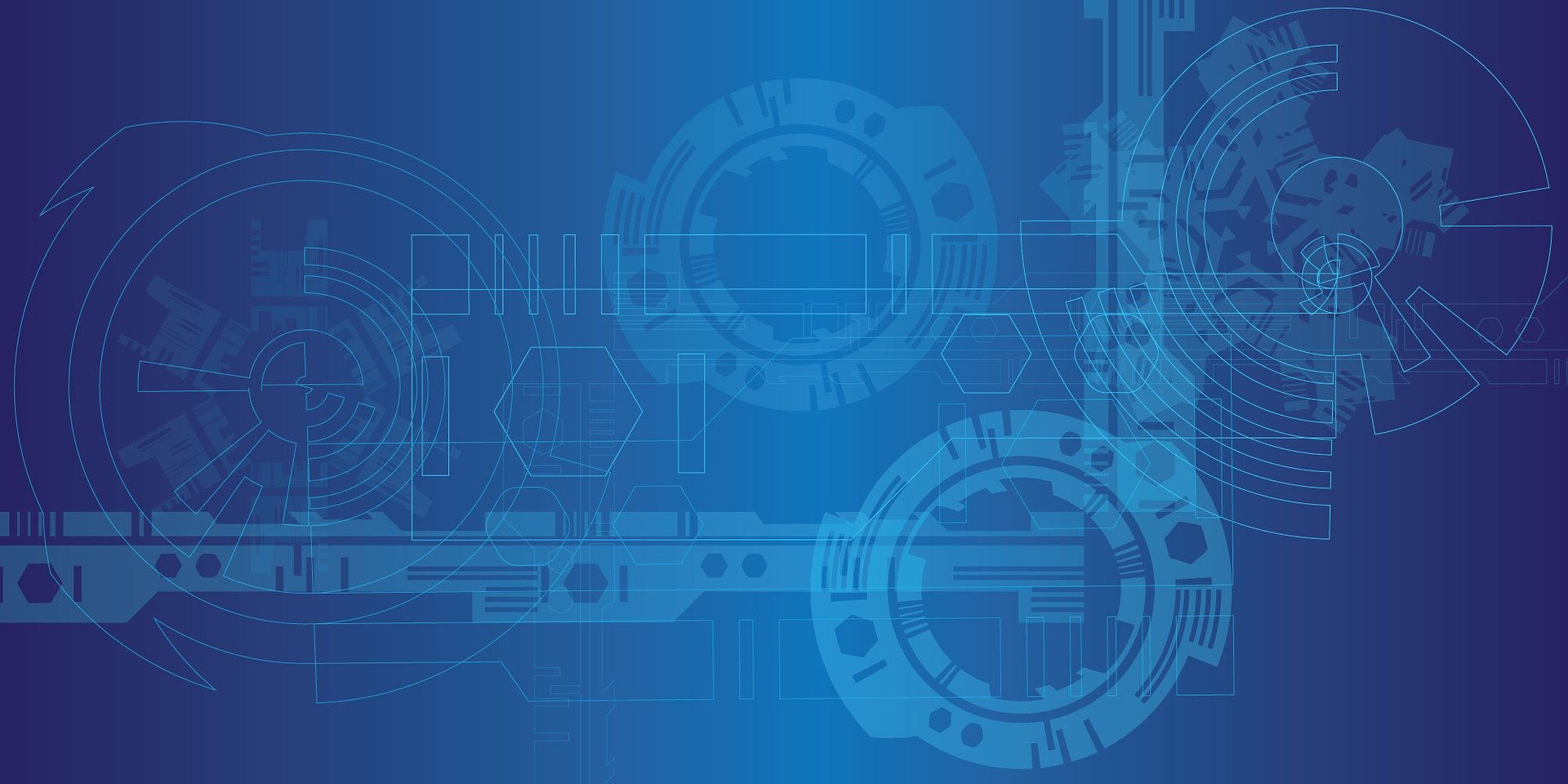 It was a good year for technology research of all kinds; a team at Japan’s SkyDrive Inc., demonstrated their “flying car”—it took off with a person aboard, hovered approximately 1 to 2 meters above the ground for approximately four minutes and then returned safely to the ground. Tomohiro Fukuzawa, who heads the company, said at the demonstration that he hopes to have a product for sale within a couple of years.

Battery maker NDB claimed that its nuclear-waste-fueled diamond batteries for pacemakers could last thousands of years—they also claimed it could power a cell phone for nine years and that a pack of the batteries used to power a car would last close to a century. The company also claimed it had found a safe way to use leftover nuclear waste from power plants to make its batteries.

A team at Duke University debuted an artificial intelligence app that made blurry photos of faces more than 60 times sharper. They also acknowledged that the pictures that resulted were not realistic images of the people in the original photographs, but predictions of what they might look like.

Also, this past summer, Microsoft announced that its Defender program would begin flagging CClean as a potentially unwanted application and warn users not to install it. CCleaner is a popular suite of computer system cleaning and optimizing tools. For years, Microsoft has derided the software as not only unnecessary but potentially troublesome for computer users.

And British startup Gravitricity began construction of a renewable energy storage system that will rely on gravity—it will manipulate massive weights in a shaft as a means of storing energy, which will be drop via gravity when energy is needed, turning a shaft that drives an electric generator. The shafts are to be nearly a mile high and the weights will range from 500 to 5,000 tons.

A combined team from Aalto University and Ote Robotics created RealAnt, a low-cost, four-legged robot that could effectively be used to test and implement reinforcement learning algorithms. In their paper uploaded to the arXiv preprint server, the team noted that the robot was a real-world version of the “Ant” robot simulation environment commonly used in RL research projects.

And a team at the University of Cambridge developed a standalone device that converts sunlight, carbon dioxide and water into a carbon-neutral fuel without requiring any additional components or electricity. The team described their advanced “photosheet” technology as a significant step toward achieving artificial photosynthesis.

Also, a pair of statisticians at the University of Waterloo proposed a math process idea that could train AI systems without the need for large datasets. Ilia Sucholutsky and Matthias Schonlau built on recent work at MIT showing that it was possible to distill the most important information in a numbering system to its most basic components, allowing for storage in much less space.

And a team at Aalto University demonstrated black silicon UV responses that exceeded 130% efficiency. They noted that it was the first direct experimental evidence that an external quantum efficiency above 100% was possible in a single photodiode without any external antireflection. Prior to their efforts, the best efficiency that had been seen was 80%.

Also, a team at Carnegie Mellon University unveiled what they described as a new programming language and tool to ensure code would compute as intended. Together, the tools were called Amanda, and they verify that programs are provably correct and mathematically prove that the code will compute correctly as it is being written.

And a group of physicists at Lancaster University passed a milestone by demonstrating a new kind of universal memory that could transform the way computers, smartphones and other gadgets work. The new technology easily stores and changes information.

Also, a New Zealand startup eyed a global wireless electrical grid called Emrod. The company has plans for powering the world with a wireless electric transmission system that can bring power to hard-to-reach areas at a lower cost than traditional power lines. They propose a series of antennas that would have to be within line of sight of each other.

And a collaborative effort between Microsoft, the University of Michigan and Carnegie Mellon University was recognized by the ACM’s Programming Language Design and Implementation group with a Distinguished Paper Award for a method that ensures complex computer programs are bug-free without having to test them. The method uses a technique called formal verification to prove whether a piece of software would output the intended result.

Also, a group of researchers at the University of Zurich working with SONY AI Zurich developed a deep-learning model that achieved super-human performance at Gran Turismo Sport, a well-known car racing video game. In their paper describing their system, uploaded to the arXiv preprint server, the researchers described the system as highlighting the potential of deep-learning techniques for controlling cars in simulated environments.

A collaborative of several institutions in the U.S. and China announced transparent solar panels for windows with an 8% efficiency rating—the panels are also 43.3% transparent. They were made with a carbon-based design rather than conventional silicon and therefore have a slightly green tint that the team described as similar to sunglasses.

Back in May, Tesla announced that they had developed a new battery that is poised to reshape automobile economics. It was developed as a joint project with Chinese battery manufacturer Contemporary Amperex Technology along with a team of academic experts recruited by Tesla CEO Elon Musk. Tesla promised that the new battery would last longer and cost less than those currently in use, bringing the price of electric vehicles more in line with conventional vehicles.

A team of researchers at the University of York exposed some of the vulnerabilities of password managers. They reported that they had created a malicious app to impersonate a legitimate Google app, and were able to use it to fool two out of five tested password managers into revealing a password. This, they claimed, was due to password managers using weak criteria to identify legitimate apps.

This past summer, a team at Check Point reported that they had exposed a bug in voice data used by Amazon’s virtual digital assistant, Alexa. The bug could allow hackers to obtain voice history data and to install Alexa skills or Google actions without the user’s knowledge or permission. This meant that user commands could be obtained and used to infiltrate their Amazon devices.

Also, a combined team of researchers from the University of Sydney, the University of Exeter and the University of Adelaide found that tequila-powered biofuels were more efficient than corn or sugar. More specifically, they found that the agave plant used to make tequila could be used in dry places like Australia and Mexico to produce bioethanol for use as fuel, and ethanol as a hand sanitizer ingredient during the pandemic—all without competing with food crops.

Also, an international team of researchers claimed to have solved a decades-old mystery of lithium-ion battery storage—how next-generation metal oxides store more energy than should be possible. The team, led by a group at the University of Texas at Austin, found that metal oxides possess unique ways to store energy beyond classic electrochemical storage mechanisms.

And a team of researchers at the University of Michigan began investigating the use of artificial intelligence in architecture as a way to create new architectural designs. They began by evaluating the performance of the simplest existing neural networks available on 2-D-to-2-D neural style transfer tasks and soon thereafter moved to 3-D models. They used the resulting data to train a convolutional neural network.

German firm SINN Power announced that they planned to launch a demonstration of a one-of-a-kind, triple-threat power-generating platform off Iraklio, Greece. The unique project would involve building a platform in the ocean tethered to the sea floor that will collect energy from waves, sunlight and wind and send it back to shore.

And finally, an ambitious joint Japanese-Australian project called Hydrogen Energy Supply Chain drew attention and controversy. Their idea called for Japan to begin importing huge amounts of liquid hydrogen from Australia to be burned to create electricity. However, critics note that the hydrogen would be produced and liquified by extracting it from lignite, which releases carbon dioxide into the air. The plan also called for the construction of special ships to carry the hydrogen.