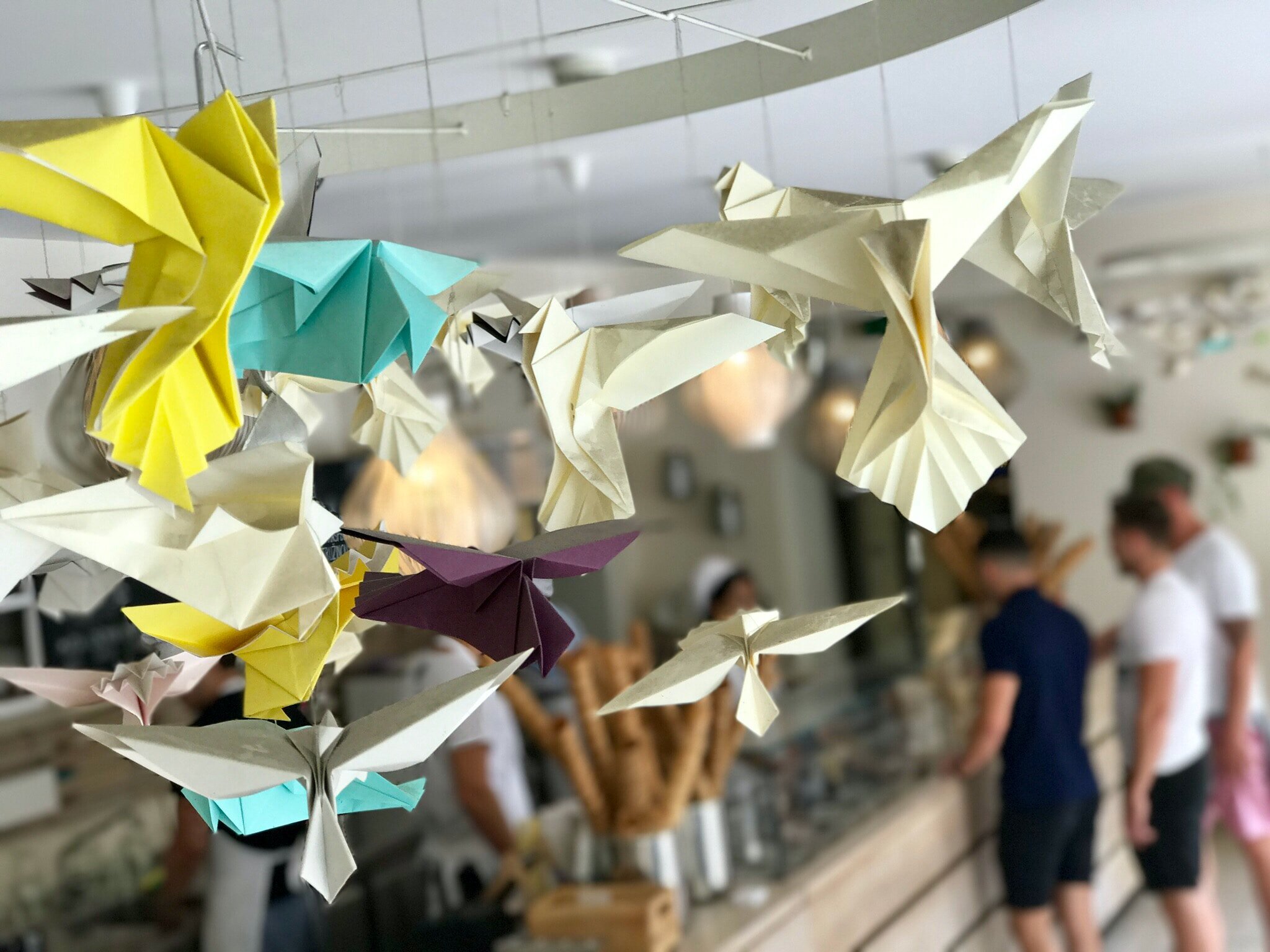 As humankind steps into new frontiers in space exploration, satellites and space vehicles will need to pack more cargo for the long haul. However, certain items, like dish antennas used for wireless communication, pose a challenge since they cannot be very densely packed for flight because of their signature bowl shape.

Now, researchers at Texas A&M University have used the principles of origami—the ancient Japanese art of paper folding—to create a parabolic structure from a flat surface using a shape-memory polymer. When heated, the researchers showed that the shape-memory polymer changes its shape in a systematic way that mimics folds. This reshaping lifts the material into the shape of a dish. Further, they also showed that their origami-engineered dish antennas performed as efficiently as conventional smooth dish antennas.

“Initially, we were largely focused on self-folding origami structures: how would you make them, how would you design them into different shapes, what material would you use?” said Dr. Darren Hartl, assistant professor in the Department of Aerospace Engineering. “Having answered some of these questions, we turned to some real-world applications of origami engineering, like adaptive antennas, for which there has been very little work done. In this study, we combine folding behavior and antenna performance and address that gap.”

The researchers have described their antenna design in the journal Smart Materials and Structures.

Antennas come in various designs and their major function is to transmit or receive information in the form of electromagnetic waves. Some antennas, like the ones for communicating between a television and a space-bound satellite, are curved in the shape of a parabola. This ensures that the electromagnetic waves hitting the bowl-shaped antenna are reflected and converge to a small point of focus. By extension, when these antennas transmit electromagnetic waves, they do so in a narrow direction, a feature known as directionality.

Thus, parabolic reflectors are a natural choice for space applications since they either pick up or send information in a specific direction. However, their shape makes them inconvenient to store in space vehicles where there is limited room. This problem is exacerbated when many antennas need to be stored onboard.

One way to address this hurdle is origami engineering. Using this technique, flat, 2-D structures can be folded into elaborate 3-D shapes. If parabolic antennas can be made flat using origami, they can be stacked or rolled up inside of a rocket, and when ready for deployment, be unrolled and folded into a parabolic shape. However, Hartl explained that folding a piece of flat material into a smooth bowl is difficult and nonintuitive.

“Conventional origami design entails folding thin sheets of material at sharp creases. Engineering structures, on the other hand, have a thickness, and the choice of material can make it hard to get these sharp creases,” he said. “Consequently, we need to create folds that exhibit smooth bending.”

To facilitate paper-like folding at the creases, the researchers turned to shape-memory composites that change their shape when heated. In addition, these materials are inexpensive, lightweight, flexible and capable of being stretched multiple times without being damaged.

First, they built a flat 2-D surface using strips of shape-memory composites and cardstock. Simply put, pieces of stiff cardstock, which formed flat facets, were held together by the shape-memory composites, similar to how the ribs of an umbrella hold the fabric in place. Further, at the vertices where the composites meet, they cut out tiny holes to serve as corner creases when the assembly folds into a 3-D parabola.

When heated, the researchers showed that the composites changed their shape by bending systematically, eventually lifting the cardstock pieces into a parabolic bowl-like shape. They also tested if their multifaceted parabolic reflector worked as efficiently as a smooth parabolic antenna and found that the two antennas performed comparably.

Hartl said this research is an important step toward using the principles of origami to make highly functional engineering structures that can be stowed compactly and easily deployed when needed.

“In addition to other applications, future advances based on this research will likely result in morphing reflector antennas for military and space telecommunication applications,” he said.

Other contributors to this research include Sameer Jape, Milton Garza and Dr. Dimitris Lagoudas from the aerospace engineering department; Joshua Ruff and Francisco Espinal from the Department of Electrical and Computer Engineering; Deanna Sessions and Dr. Gregory Huff from Pennsylvania State University; and Edwin A Peraza Hernandez from the University of California, Irvine.