Repeated radio bursts from nearby star suggest such signals are common 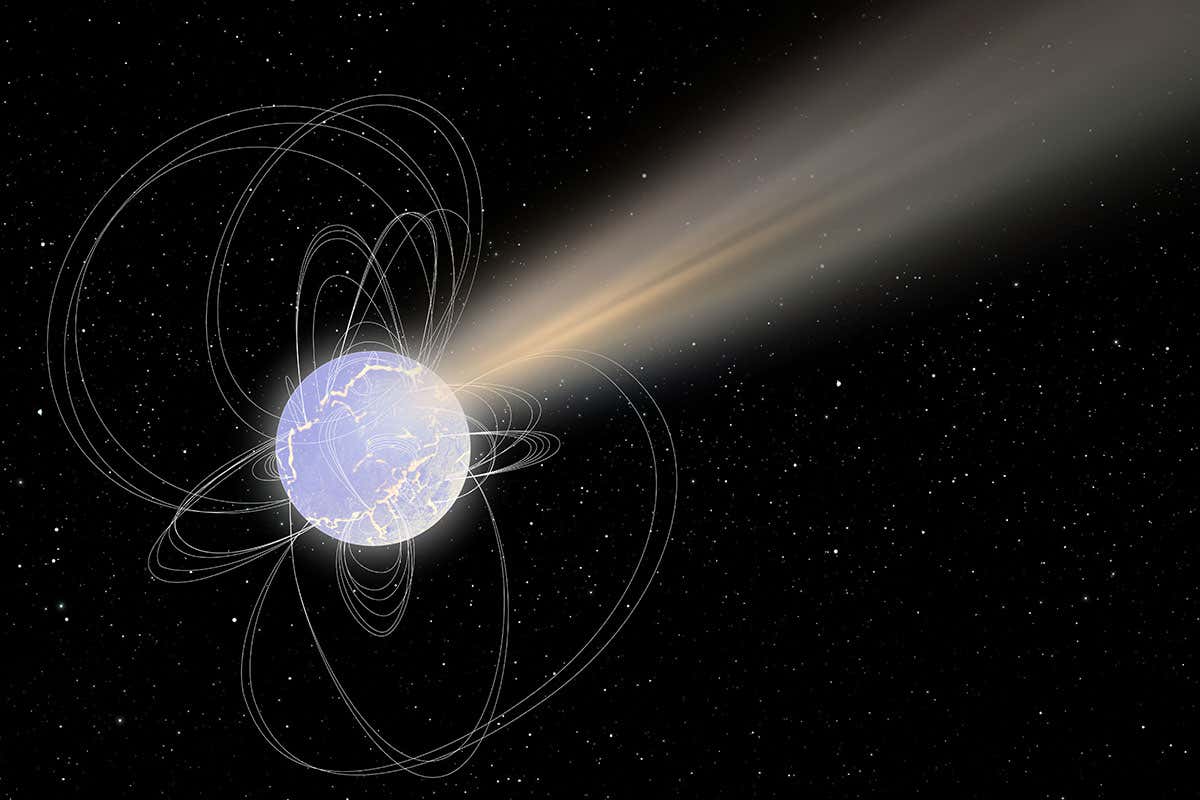 Mysterious fast radio bursts (FRBs), brief and powerful blasts of radio waves in space, may not be quite as rare and unusual as we thought. Astronomers have discovered that a star inside our galaxy that produces FRBs may also create weaker but more frequent bursts.

“What we show here is FRBs can go down in luminosity much further than we thought,” says Franz Kirsten at the Chalmers University of Technology in Gothenburg, Sweden. “We conclude that FRBs are probably a lot more common than we think.”

Earlier this month, researchers said they had located an FRB source inside our galaxy for the first time. The conclusion was based on observations made in April by the CHIME telescope in Canada and the STARE2 radio receivers in California and Utah. Astronomers suggested that the FRB source was a magnetar – a neutron star with a strong magnetic field – sitting about 30,000 light years from Earth.

Intriguingly, a few days after those observations, another team used the FAST telescope in Guizhou, China, to detect a pulse from the magnetar, called SGR 1935+2154, that was a million times weaker than the initial FRB.

Now Kirsten and his colleagues say they have detected two further weak bursts from SGR 1935+2154, each lasting just a millisecond and separated by 1.4 seconds. The weaker bursts were detected in May by the Westerbork Synthesis Radio Telescope in the Netherlands. Both of the May bursts were about 10,000 times weaker than April’s initial FRB.

“The exciting thing is these bursts bridge the gap between single pulses that are fairly weak and FRB-like bursts,” says Chris Bochenek at the California Institute of Technology, who led part of the initial discovery of the FRB source in April. “We [now] know there are processes happening all along this spectrum of energies.”

An FRB is loosely defined as any radio burst that is bright enough to be seen from another galaxy. However, it is possible that these weaker bursts – only visible to astronomers because their source is relatively near to Earth – could be produced by the same mechanism as FRBs. They may even be FRBs, albeit weaker ones.

At the moment, the mechanism of FRB production isn’t understood. “There are many theories,” says Daniele Michilli, a member of the CHIME team who is based at McGill University in Montreal, Canada. “The first class is where the emission comes from the magnetosphere of the star. A second class of theories is where there is like a fireball that ignites emission from a plasma cloud farther away from the star.”

With more observations of magnetars like SGR 1935+2154, it may be possible to see more evidence of different ranges of burst activity. Factors such as the age of the star might play a role, say Kirsten and his colleagues, with younger magnetars producing brighter FRBs. Other cosmic objects, such as binary stars, could also be producing FRBs alongside magnetars.

“This paper opens up new questions,” says Bochenek. “Is this like FRB emission? Where does one [emission] stop and the other one start? And what is an FRB?”