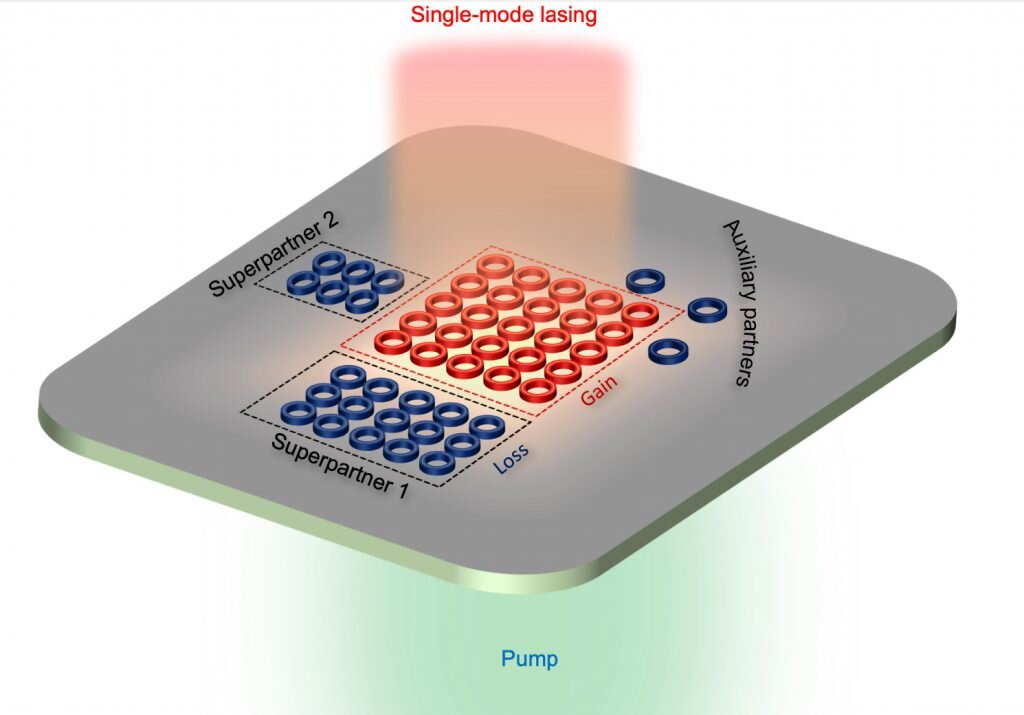 The field of photonics involves the study of new ways to generate and harness light, akin to how many of the devices used in everyday life run on electric current. While photonic devices have the potential to transform the current technology paradigm through increased speed, efficiency, and information density, their broad application is limited by the size, strength, and stability of the light sources, often lasers, in these devices

The field of photonics aims to transform all manner of electronic devices by storing and transmitting information in the form of light, rather than electricity. Beyond light’s raw speed, the way that information can be layered in its various physical properties makes devices like photonic computers and communication systems tantalizing prospects.

Before such devices can go from theory to reality, however, engineers must find ways of making their light sources—lasers—smaller, stronger and more stable. Robots and autonomous vehicles that use LiDAR for optical sensing and ranging, manufacturing and material processing techniques that use lasers, and many other applications are also continually pushing the field of photonics for higher power and more efficient laser sources.

Now, a team of researchers from the University of Pennsylvania’s School of Engineering and Applied Science have drawn from concepts at the edge of theoretical physics to design and build two-dimensional arrays of closely packed microlasers that have the stability of a single microlaser but can collectively achieve power density orders of magnitude higher.

They have now published a study demonstrating their supersymmetric microlaser array in the journal Science.

The study was led by Liang Feng, associate professor in the Departments of Materials Science and Engineering and Electrical and Systems Engineering, along with Xingdu Qiao, Bikashkali Midya and Zihe Gao, members of his lab. They collaborated with fellow Feng lab members Zhifeng Zhang, Haoqi Zhao, Tianwei Wu and Jieun Yim as well as Ritesh Agarwal, professor in the Department of Materials Science and Engineering. Natalia M. Litchinitser, professor of Electrical and Computer Engineering at Duke University, also contributed to the research.

In order to preserve the information manipulated by a photonic device, its lasers must be exceptionally stable and coherent. So-called “single-mode” lasers eliminate noisy variations within their beams and improve their coherence, but as a result, are dimmer and less powerful than lasers that contain multiple simultaneous modes.

“One seemingly straightforward method to achieve a high-power, single-mode laser,” Feng says, “is to couple multiple identical single-mode lasers together to form a laser array. Intuitively, this laser array would have an enhanced emission power, but because of the nature of complexity associated with a coupled system, it will also have multiple ‘supermodes.” Unfortunately, the competition between modes makes the laser array less coherent.”

Coupling two lasers produces two supermodes, but that number increases quadratically as lasers are arrayed in the two-dimensional grids eyed for photonic sensing and LiDAR applications.

“Single mode operation is critical,” Qiao says, “because the radiance and brightness of the laser array increase with number of lasers only if they are all phase-locked into a single supermode.”

“Inspired by the concept of supersymmetry from physics,” he says, “we can achieve this kind of phase-locked single-mode lasing in a laser array by adding a dissipative ‘superpartner.'”

In particle physics, supersymmetry is the theory that all elementary particles of the two main classes, bosons and fermions, have a yet undiscovered “superpartner” in the other class. The mathematical tools that predict the properties of each particle’s hypothetical superpartner can also be applied to the properties of lasers.

Compared to elementary particles, fabricating a single microlaser’s superpartner is relatively simple. The complexity lies in adapting supersymmetry’s mathematical transformations to produce an entire superpartner array that has the correct energy levels to cancel out all but the desired single mode of the original.

Prior to Feng and his colleagues’ work, superpartner laser arrays could only have been one-dimensional, with each of the laser elements aligned in a row. By solving the mathematical relationships that govern the directions in which the individual elements couple to one another, their new study demonstrates an array with five rows and five columns of microlasers.

“When the lossy supersymmetric partner array and the original laser array are coupled together,” Gao says, “all of the supermodes except for the fundamental mode are dissipated, resulting in single-mode lasing with 25 times the power and more than 100 times the power density of the original array. We envision a much more dramatic power scaling by applying our generic scheme for a much larger array even in three dimensions. The engineering behind is the same.”

The researchers’ study also shows that their technique is compatible with their earlier research on vortex lasers, which can precisely control orbital angular momentum, or how a laser beam spirals around its axis of travel. The ability to manipulate this property of light could enable photonic systems encoded at even higher densities than previously imagined.