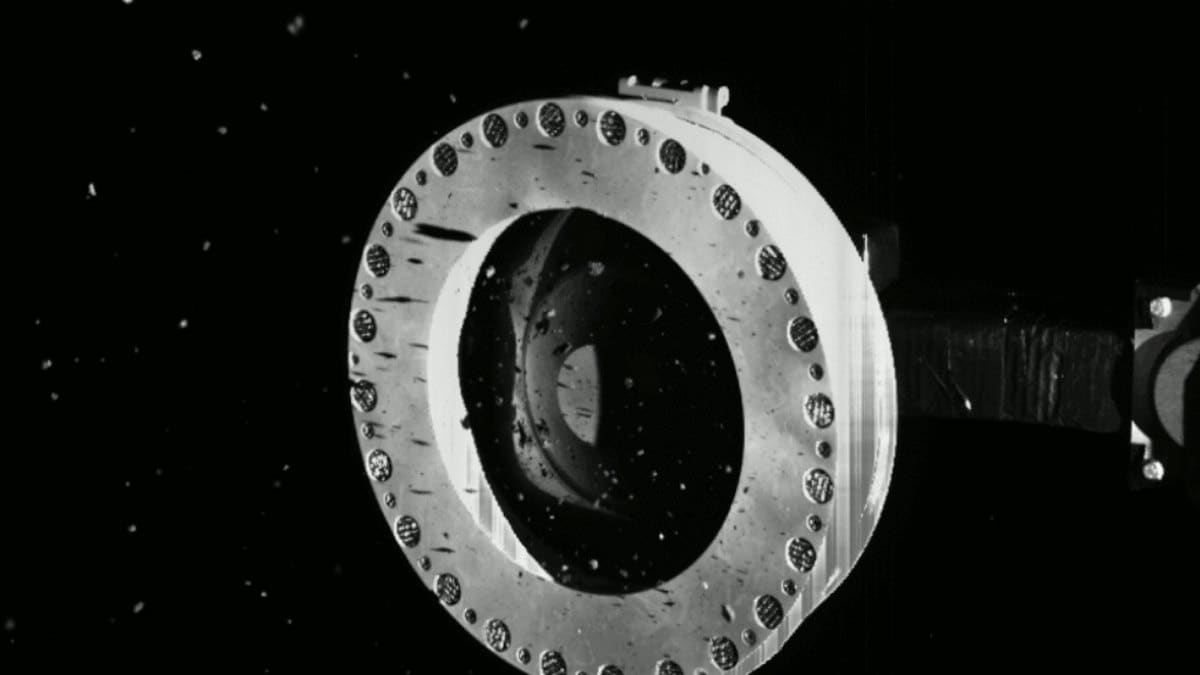 NASA said Friday that its robotic spacecraft OSIRIS-REx had succeeded in collecting a large sample of particles from the Bennu asteroid this week — but so much that it was leaking.

The team in charge of the probe is now working to quickly stow the remaining samples that would eventually be delivered back to Earth to provide key scientific insights.

“A substantial fraction of the required collected mass is seen escaping,” mission chief Dante Lauretta said in a phone briefing with journalists.

OSIRIS-REx is set to come home in September 2023, hopefully with the largest sample returned from space since the Apollo era, which will help unravel the origins of our solar system.

The probe is thought to have collected some 400 grams of fragments, far more than the minimum of 60 grams needed, Lauretta said.

But the lid for the collector at the end of the probe’s arm where the fragments are being stored has been slightly wedged open by larger rocks, creating a leak, the scientists suspect.

Five to 10 grams have already been observed around the collection arm in a cloud remaining more or less in the surrounding area due to the microgravity environment which makes fragments behave like fluids.

“My big concern now is that the particles are escaping because we were almost a victim of our own success here,” Lauretta said.

As a result, a plan to carry out a mass measurement on Saturday has been cancelled since it could risk scattering further samples.

The task is now to reduce as much as possible the spacecraft’s activities and prepare to stow the material in a capsule on the probe as quickly as possible.

Is OSIRIS-REx, launched more than four years ago, at risk of losing its treasure? The volume of the leak is not yet precisely known, but the experts seemed relatively confident that would not be the case.

“Bennu continues to surprise us with great science and also throwing a few curveballs,” Thomas Zurbuchen, a NASA associate administrator, said in a statement.

“And although we may have to move more quickly to stow the sample, it’s not a bad problem to have. We are so excited to see what appears to be an abundant sample that will inspire science for decades beyond this historic moment.”

Are iPhone 12 mini, HomePod mini the Perfect Apple Devices for India? We discussed this on Orbital, our weekly technology podcast, which you can subscribe to via Apple Podcasts, Google Podcasts, or RSS, download the episode, or just hit the play button below.