Mars swung between humid and arid conditions before it dried up 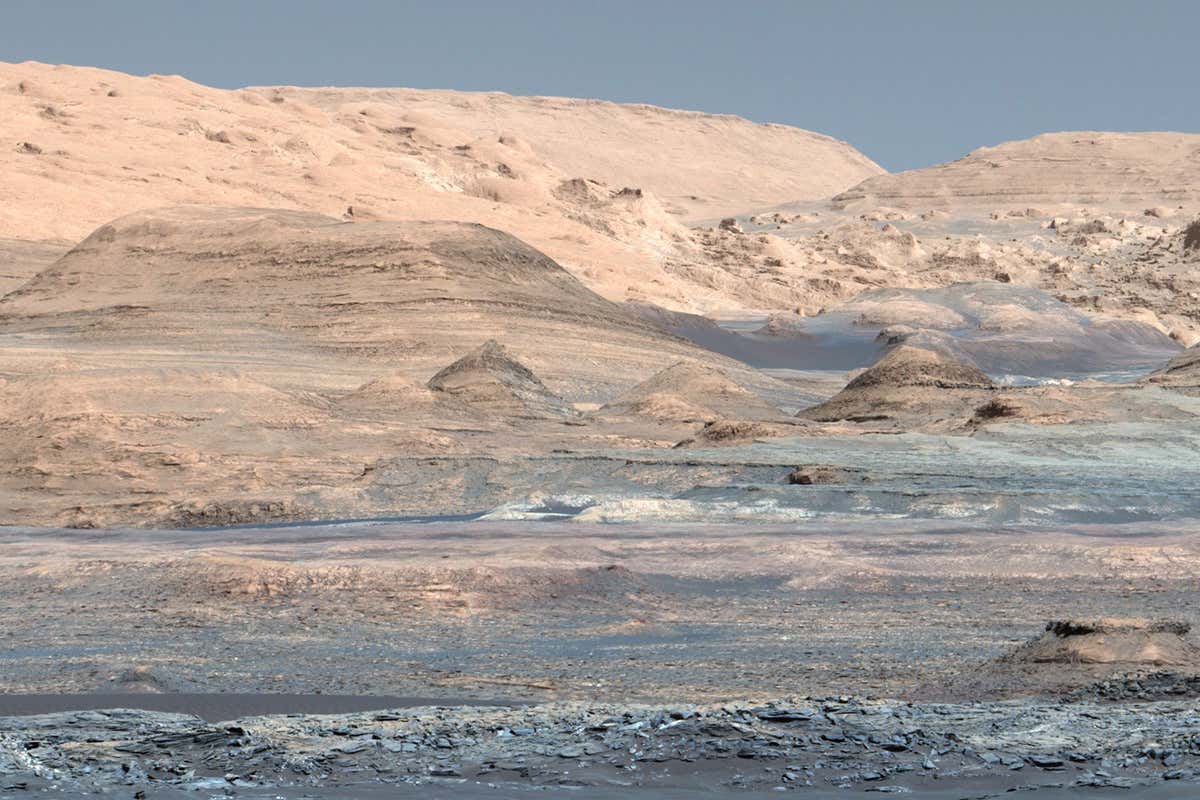 Ancient Mars fluctuated between arid and humid periods, before taking on its current dry state.

This conclusion comes from the study of high-resolution images captured by a telescope on the Curiosity rover, which landed on Mars in 2012. The images reveal details of the geology of Mount Sharp, a 6-kilometre-high mountain at the centre of Gale crater.

“It’s kind of the first time that we have details on outcrops on Mars that are important because they are very ancient rocks,” says William Rapin at the Research Institute in Astrophysics and Planetology in France, who studied the images with his colleagues in the US. “They are more than 3.5 billion years old, and from this critical time when Mars still had water, but was in the process of a huge climate transition that we know occurred on Mars globally.”

Moving up the mountain, the horizontal layers of rock become increasingly younger. The layers near the bottom of Mount Sharp carry geological features that suggest they formed in an ancient lake present in Gale crater. But above, the rocks have features suggesting they formed in an ancient dune field in a desert-like environment. Even higher up, there are more geological changes back to wetter conditions and then back to dry conditions.

“What you would have expected is that things dry out gradually as you move forward in time, looking at the Mars timeline, but to see the reoccurrence of wetter conditions, that’s exciting and a very interesting find,” says Christian Schroeder at the University of Stirling in the UK.

Curiosity is scheduled to ascend Mount Sharp, which could provide more detail on these ancient environmental fluctuations.

“It will be very interesting to dig into that further and find out what the driving force between these different conditions was,” says Schroeder.