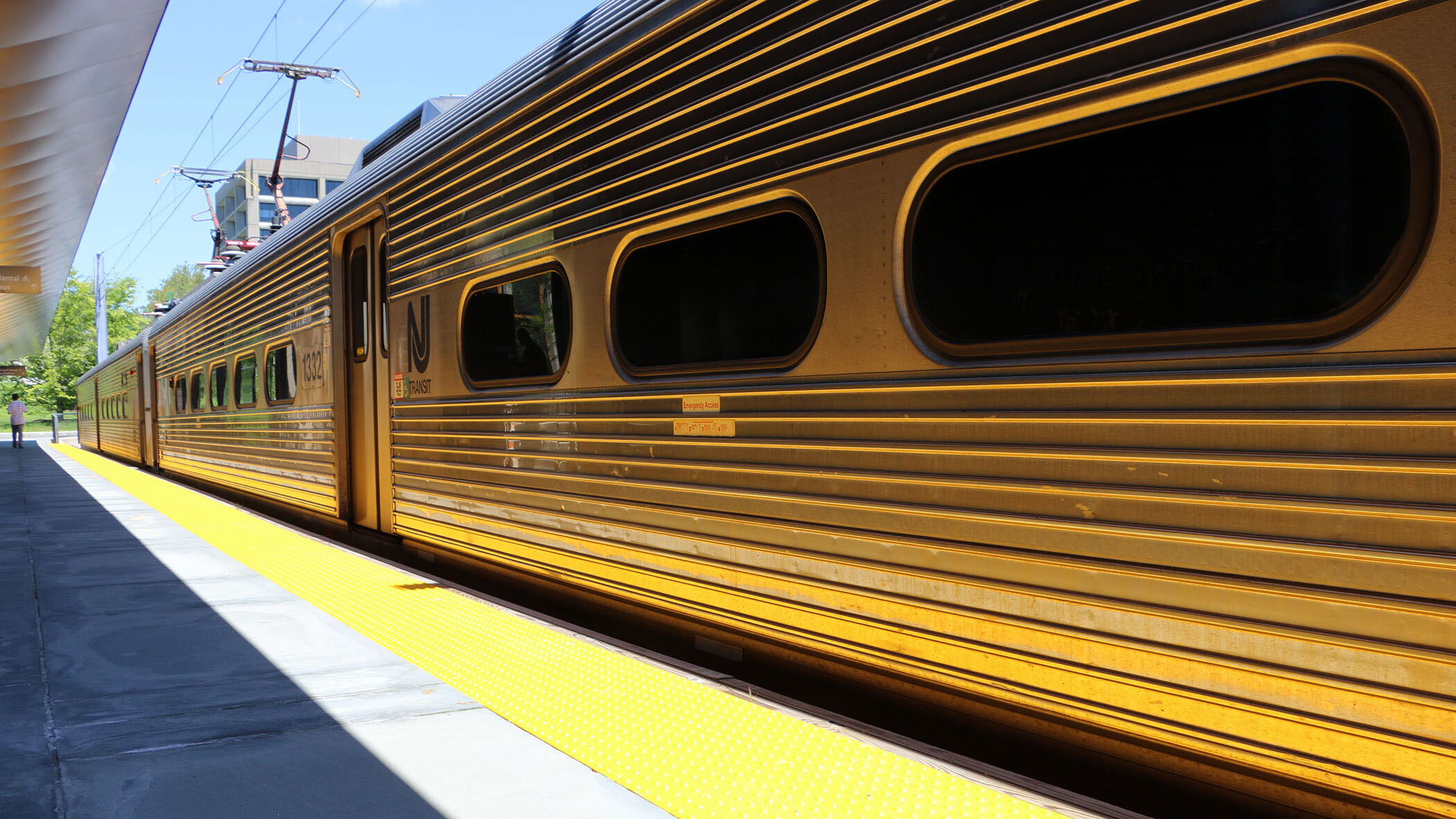 With a new crisis seeming to dominate every news cycle, for now the threat of nuclear war has faded into the background of public attention. Yet the arsenals themselves have not vanished, and researchers at Princeton University are working to develop new methods to verify compliance with arms limitations treaties to help reduce the possible risk of a nuclear exchange.

A team led by Alexander Glaser, associate professor of mechanical and aerospace engineering and international affairs, recently hit upon an innovative way to help inspectors count mobile nuclear missile launchers to allow more effective monitoring for movable weapons. The researchers worked with NJ Transit to use the local commuter train as a tool for the team’s calculations. The train, known to generations of Princeton students as the Dinky, connects Princeton with NJ Transit’s Northeast Corridor trains at Princeton Junction station.

In a paper published in IEEE Sensors Journal, Glaser and Moritz Kütt, a senior researcher at the Institute for Peace Research and Security Policy in Hamburg, Germany, revived an idea from the 1980s about making tracking “tokens” for weapons mounted on mobile launchers, which are deployed by several nuclear weapon states. Under the plan, the tokens, also called tags, would be colocated with the missile launchers, with each tag standing for exactly one warhead. When inspectors visit a randomly chosen deployment area, they can compare the number of warheads to the number of tags; if the count doesn’t match, the inspectors have evidence that the inspected country may have under-declared the number of warheads in its arsenal. The trick is building a tag that cannot easily be tampered with or moved—because if a country could secretly move the tags from one deployment area to another, they could easily conceal the true number of warheads from inspectors.

But at the same time, the tags have to be resistant to false alarms caused by the rumble of nearby heavy vehicles, such as the mobile launchers. The inspectors need to be sure that merely driving the mobile launchers around the storage site will not cause a false alarm in the tags’ motion sensors. That is where the Dinky came in. Glaser and Kütt calculated that two train cars weigh about as much as a typical missile launcher. So, they knew it would be possible to use the Dinky to see if a tag could be sensitive enough to detect any cheating motion but not susceptible to false alarms.

The idea of a “proximity tag” or “buddy tag” was first considered in the late 1980s, Glaser said. In 1991, Sandia National Laboratories published a paper about how such a system could work as a way to confirm that countries were sticking to their stated limits, without requiring inspectors to be on the ground.

In concept, the tags work like license plates. “We put license plates on cars and only allow cars with license plates on the road,” Glaser said. “We know how many cars there are by the number of license plates issued, not by bringing all cars to a giant parking lot. If a police officer sees a car without a license plate, they can pull it aside and see what’s going on.” So, if a warhead doesn’t have a tag associated with it during an onsite inspection, something may be off. Of course, it ought to be difficult to duplicate a tag to avoid some cheating scenarios.

Because negotiations over nuclear arms control and disarmament are already a complex issue, a buddy tag wouldn’t need to be put onto a missile. Governments will balk at the idea of attaching something to a nuclear warhead or a missile launcher.

“In principle, it could be attached to the missile, but the beauty of the concept is that it doesn’t have to be!” Glaser said.

An old concept, through a modern lens

Attempts to make tags in the 1990s proved difficult and expensive. “Sandia National Laboratories apparently never actually built a full-up prototype, and some of the electronics they envisioned were strictly export controlled. They connected parts of the device to a portable, briefcase-sized computer representing the tag itself,” Glaser said.

Glaser’s team got rid of the bulk and the cost. Their tag is an aluminum cube with five accelerometers on a ground steel plate about the size of a drink coaster, which they make for $200 each.

They did it so cheaply because the cost of accelerometers, which measure acceleration forces like moving a buddy tag, have dropped astronomically since 1991.

“Accelerometers are now everywhere—in your cellphone, in your car, in your fitness tracker. They are very accurate and work just fine,” he said.

Also cheaper now: the hardware and software they used to create and run the algorithm that takes data from the accelerometers and determines if the buddy tag is on the move. Because that’s really all the tracking system needs to do. “At the end of the day, it’s just a box that detects when it’s being moved, even extremely stealthy movement attempts, while being completely immune against environmental or cultural noise,” Glaser said.

Field testing on campus, from a car to the Dinky

To see if the buddy tag worked in an environment with potential missile launchers driving by, Glaser and Kütt had to perform field tests. The researchers wanted to make sure that heavy nearby traffic would not falsely trigger a movement alarm. They also wanted to make sure that similar traffic could not be used as a smoke screen to disguise an actual movement of the tag.

“We had to make sure the noise does not affect the tag—that the tag correctly indicates that it is not being moved even with a heavy vehicle passing by.”

He started by pushing the tag with his hand and found it easy to detect. “That’s trivial to detect, but you have to assume your adversary is very sophisticated,” he said.

Then he drove his car over a speed bump with the tag on the side of the road. That impact wasn’t noisy enough to be registered by the accelerometers at all.

The solution: setting the buddy tag alongside the tracks of the Dinky, in order to mimic the weight of a mobile missile launcher for nuclear weapons. “That’s a funny coincidence,” Glaser said. For safety and security reasons, NJ Transit has strict protocols for any activity around tracks or trains. The railroad is particularly sensitive to any equipment placed in the right-of-way extending around the rails and stations.

The tags were able to clearly pick up but then ignore the noise and vibration of the train going by. “If a bad actor tries to push the tag ever so slightly, in an attempt to take it to a different site and conceal a noncompliance situation there, even while a big truck is rumbling by, the algorithm is clearly able to see it,” he said. “Even though everything is shaking, if you now try to push it in one direction, even with the smallest possible accelerations, it knows.”

Glaser knows a buddy tag is not a perfect system. Countries could conceal additional weapons from the very beginning at secret locations and never declare those weapons; but that’s a risky move because your adversary may have intelligence you are unaware of and call the bluff right away—and inspectors may later just find them, perhaps even through sheer luck. Also, getting countries to agree to this or another verification approach can be as complicated as agreeing on the arms-control measure itself. But having demonstrated the basic proof of concept and low cost, Glaser hopes the pathway to using them will be easier if that door opens.