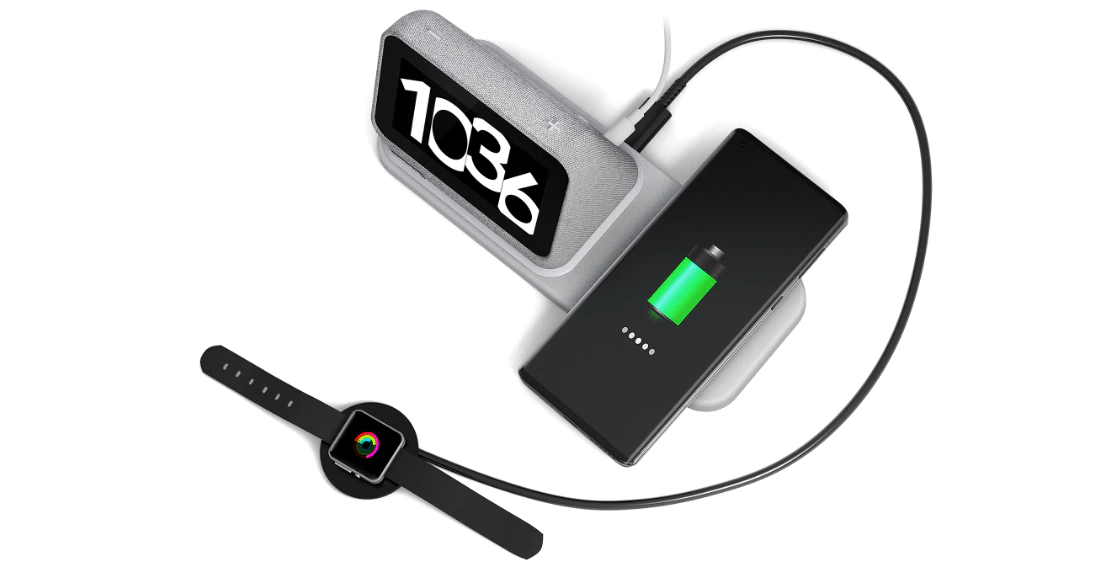 Forget tracking the trickle of intel from obscure sources: Lenovo has outed its Smart Clock 2 on its website without an official announcement. With a new clock comes a new design that will facilitate a new accessory that will allow you wirelessly charge other devices.

Whereas the OG Smart Clock was shaped like a taped cylinder, the Smart Clock 2 appears mostly the same, soft-touch fabric and all, but placed atop a stump. The extra space gives Lenovo room to put in an extra speaker, thus giving us stereo sound from 3W drivers.

The display is pretty much identical to the original one save for the resolution which we don’t have numbers on. Volume buttons lay on the edge above the screen while the rear panel features a MagSafe power-in port and a mic mute switch. No USB port here — that moves to the dock which you’ll pay for separately. 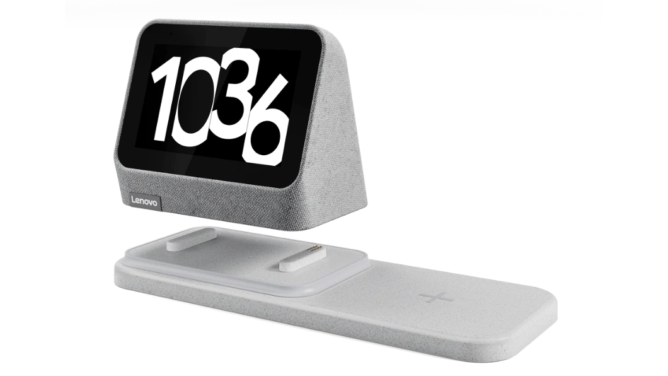 We first heard about the dock with a recent FCC filing. The clock clicks into it via Pogo pin (perhaps more than just one). In addition to the USB port, it features a wireless charging pad with top output of 10W and a nightlight.

Beyond the physicality of it all, the Smart Display 2 has pretty much the same objective as its predecessor: bring you Google Assistant and a whole bunch of services in the way you want — by conversation or by screen.

No word on pricing or due date on either product, but you’re welcome to check the page out for yourself if it’s still up. Or you can check out the pages via our screen captures here and here.