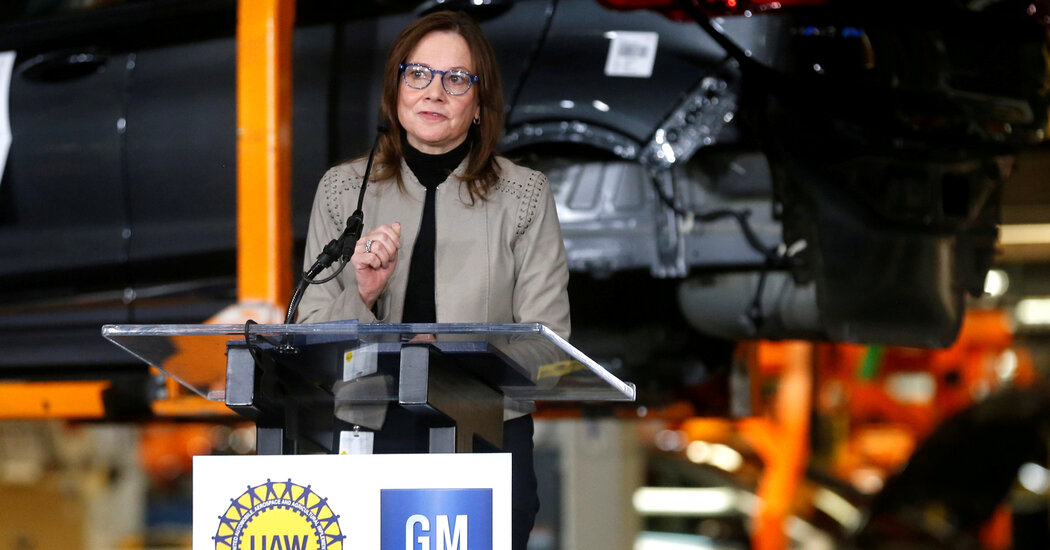 For the last five years, G.M., Ford Motor, Volkswagen and others have been trying to develop compelling and affordable electric vehicles, while watching with both envy and admiration as Tesla raced ahead. Tesla is on track to sell close to 500,000 E.V.s this year, far more than any rival, and is building factories in Germany and Texas that could fuel further growth.

Along the way, Tesla has cultivated an enthusiastic following of both fans and investors, who have rewarded the company by buying up its stock. On Thursday, Tesla was valued at $472 billion, dwarfing its older, bigger and more profitable rivals. In the third quarter, G.M. made $4 billion in profits, and Tesla only $331 million, yet G.M. has a market value of just $62 billion.

That has long been a source of frustration for traditional automakers and prompted increasing efforts to catch up. Ford has said it is spending $11.5 billion on electric vehicles in a five-year period ending in 2022. Volkswagen recently said it would spend 73 billion euros on electrification over the next five years.

In the next few months, Ford plans to start selling a key model in its E.V. push, a battery-powered S.U.V. under the Mustang name. V.W. will introduce an electric S.U.V., called the ID4, early next year.

Ms. Barra said the company expected its Ultium modular battery packs to provide a range up to 450 miles before needing a recharge. Earlier this year G.M. said the maximum range would be about 400 miles.

G.M. hopes to produce the battery packs for other automakers and has formed a partnership to supply Honda Motor. “Scale can give us an incredible competitive advantage,” said Doug Parks, a G.M. executive vice president.

G.M. is building a factory near Lordstown, Ohio, to make Ultium packs. Last week, the company said it aimed to hire some 3,000 electrical and software engineers to support its E.V. effort.