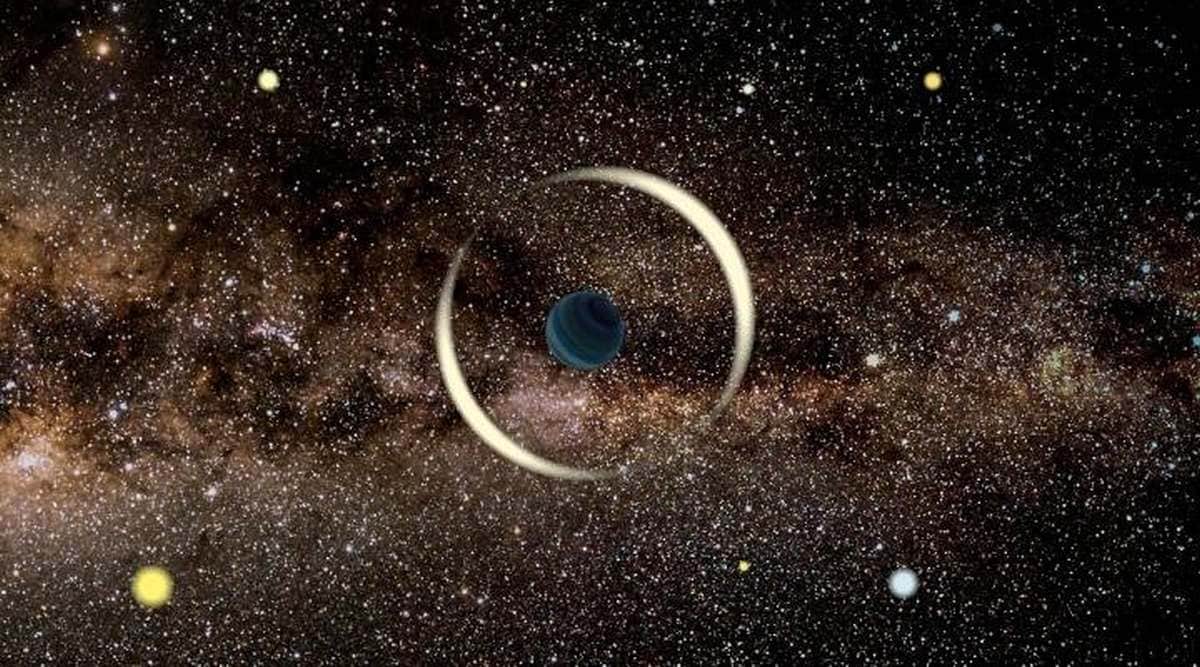 A new rogue Earth-sized plant has been discovered by scientists at University of Warsaw. This is said to be the smallest free-floating planet found up until now, and it is sized somewhere between Earth and Mars. Rogue planets are essentially not bound by any star and float freely in space. They are adrift in space after being ejected from their parent planet. Scientists claims this new rogue planet may be found to be somewhere in the middle of Milky Way.

University of Warsaw scientists may have detected a terrestrial-mass rogue planet. They used a technique called microlensing for discovering this planet, and this technique allows them to find planets that they otherwise wouldn’t be able to. They call this event ‘the most extreme short-timescale microlens discovered to date.’

One of the scientists involved in this project, Przemek Mroz took to Twitter to explain what rogue planets are, and exactly what is microlensing. “Rogue planets don’t orbit stars, they are gravitationally unattached to any host star. They don’t emit any visible radiation, so they cannot be detected using traditional astrophysical techniques,” he explains. “However, if such a planet happens to pass in front of a distant background star (known as a source), its gravity may deflect and magnify light from the source. Observer on Earth will see a temporary brightening of the source, which we call a gravitational microlensing event.”

Mroz says that this rogue planet may be sized somewhere between Mars and Earth, with the former possibility favoured by the Gaia proper motion measurement of the source. He also says that they didn’t detect any star near the lens, but the possibility of it orbiting a star cannot be ruled out. Scientific American reports that the scientists still need to do more research to confirm the ‘rogue’ status of the planet. Once confirmed, it would be the smallest free-floating planet ever discovered. These rogue planets help researchers in understanding how planets are formed.

Mi TV Stick vs Fire TV Stick Lite vs Mi Box 4K vs Fire TV Stick 4K: Which is the best budget streaming device for TVs in India? We discussed this on Orbital, our weekly technology podcast, which you can subscribe to via Apple Podcasts, Google Podcasts, or RSS, download the episode, or just hit the play button below.