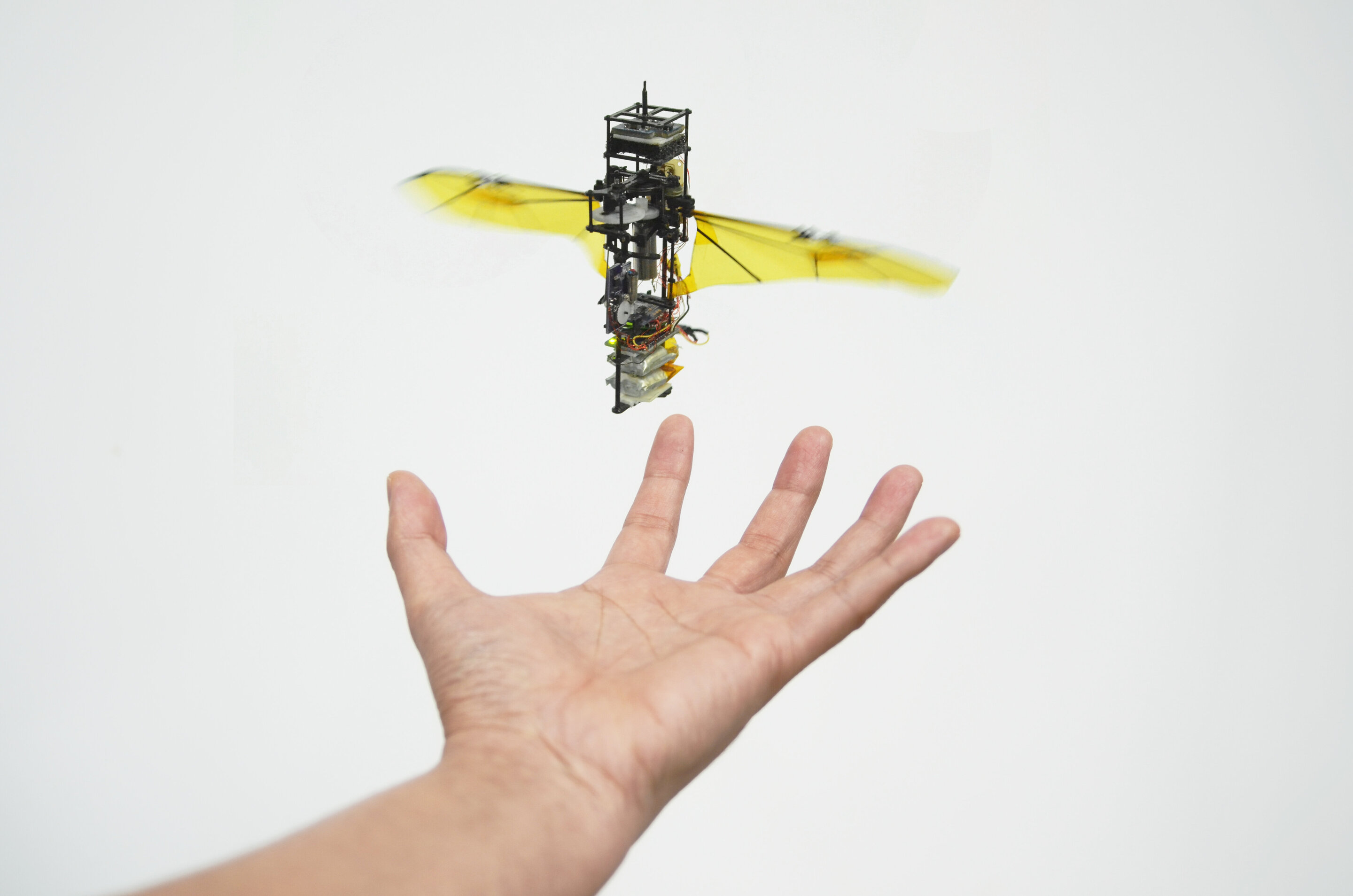 A pair of researchers at Konkuk University has designed a miniaturized micro air vehicle (MAV) capable of recovering from midair collisions. In their paper published in the journal Science, Hoang Vu Phan and Hoon Cheol Park describe their study of collision recovery in rhinoceros beetles and how they applied their findings to the design of a new kind of MAV.

Prior research has shown that beetles have hard, shell-like forewings that are used for protection, and hindwings for flying. This research has also shown that beetles are able to maintain flight even after colliding with other objects while flying. In this new effort, the researchers studied this skill and applied what they learned to the design of a new MAV.

To better understand how beetles are able to maintain flight even after a collision, the researchers obtained several rhinoceros beetle samples and used high-speed cameras to capture their flight behavior in slow motion. The videos revealed that the beetles were able to maintain flight after a collision because of their hindwing morphology. Each wing had what the researchers describe as an origami-type construction that folds up when resting and expands when needed during flight.

Via this feature, each wing snaps into place automatically when the forewings are deployed. They further noted that the origami structure can partially fold during collisions, acting as a sort of shock absorber. After the collision, the wing then snaps back automatically to the wing shape to allow the beetle to resume flying. The researchers also found that in some instances, if the beetle collided with a fixed object such as a pole, it would use both its legs and wings to right itself before resuming flight.

Phan and Park applied these findings to the design of a new kind of MAV that was able to maintain flight even after colliding with other MAVs or objects. They found that the new design showed more resilience to collisions than prior designs.

DeepMind AI Says Will Release Structure of Every Protein Known